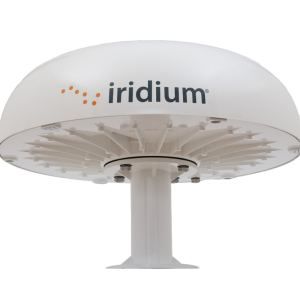 Iridium Pilot is the most affordable maritime broadband satellite phone system on the market, and GoChat card airtime is available well under a dollar per minute, making Iridium Pilot voice and data suitable for both casual cruisers and workboats alike.

Although the hardware costs more at the outset (roughly $1500 more than a similar setup with a handheld), the savings in airtime and data far outstrip what you would pay for similar service with a handheld, leading to substantial long-term savings for a much better quality of service.

Iridium Pilot utilizes true IP technology to provide a flexible and powerful array of data services. A single Ethernet port provides a connection to a standard computer, an Ethernet router, or Wi-Fi router like the RedPort Optimizer. Choose from a range of configurable data rates to meet your specific requirements. Engineered for simultaneous functionality, data and phone ports support high-volume usage.