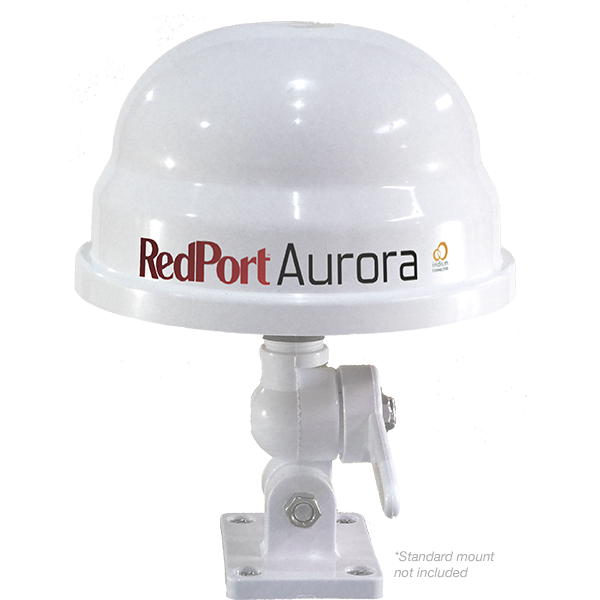 Aurora is the world’s first satellite phone terminal to provide satellite voice, data, and GPS tracking via WiFi to smartphones and tablets.

RedPort Aurora Iridium WiFi Terminal
With Aurora your smartphone is your satellite phone. RedPort Aurora gives you the power of the Iridium satellite network with the devices you already use – your smartphone, tablet, or computer. Make a satellite call from your iPhone or Android device. Check email and download weather files over WiFi. Share your location with others. With Aurora it’s done. Aurora is VoIP voice calls, data, and tracking all in one. Anywhere in the world.

Aurora Satellite Voice, Data, and GPS
Aurora is a fully contained terminal with no below-decks equipment needed. There is no need for a docking station, coax cable, or any other accessories. Aurora is powered by a 12v, 1amp cable for easy, fast, and efficient installation. Aurora is built to be the most convenient communications solution for the most extreme places on Earth.

Satellite
Aurora is a satellite WiFi hotspot, which means you can connect to the Aurora antenna with the devices you already own.

Firewall
Aurora’s firewall blocks all traffic unless it comes from XGate or XWeb. This speeds up the connection and protects you from unwanted airtime bills.

NOTE: This device is supported by GSatTrack, but NOT SOLD by GSE. Please see the manufacturer for purchasing options.
WARNING: This device is known to be a discontinued product by the manufacturer. GSatTrack supports legacy products, but we recommened visiting our full list of supported products, here, to find a better option. If you have any questions, please contact us via email at sales@gsat.us, or by phone at +1.954-459-4000.
Network:
Iridium
Battery:
No Battery
Product Web Link:
http://www.globalmarinenet.com/product/redport-aurora/
Device Type:
Satellite: Basic