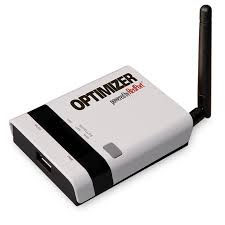 RedPort Optimizer eliminates the problems associated with most USB cables and boasts a firewall that eliminates all unnecessary computer traffic, giving you access to the maximum throughput of your satellite phone data service. In fact, the built-in firewall blocks ALL traffic except that carried through XGate. This means that once the link is established data flows through the pipe at optimum speeds giving you the best possible transfer rate, allowing you to browse the Internet with XWeb compression increasing the effective bandwidth of the connection while reducing airtime costs. Since nothing traverses the router except XGate email and XWeb compressed web data, unwanted traffic is eliminated. This prevents surprise airtime bills caused by unmonitored and unwanted background computer traffic such as operating system and other software updates.